National Brain Tumor Society’s 2015 Scientific Summit, held at District Hall in Boston, with its innovative, wide-open floor plan and whiteboard walls, brought together the most renowned and definitive leaders from all aspects of the brain tumor field. These researchers and doctors are actively engaged in our ground-breaking research initiatives — and came together to share our collaborative work, explore emerging opportunities, and build strong and diverse partnerships to fast-track new discoveries toward a cure.

This year, we focused almost exclusively on the progress being made through our shared work, partnerships, and collaborations. Here are the highlights:

We kicked-off with report-outs from the leaders of each of the four cores of research teams that make-up Defeat GBM. The researchers in the Discovery (presented by Dr. Frank Furnari of Ludwig Cancer Research), Systems Biology (presented by Dr. Ingo Mellinghoff of Memorial Sloan Kettering Cancer Center), and Biomarkers (presented by Dr. Paul Mischel of Ludwig) cores all shared how their work is really starting to go deeper into mapping the total effects that known molecular alterations have on GBM cells so that treatments can be developed with the ability to overcome the resistance we typically see from GBMs. At the same time, the Drug Development core (presented by Drs. John de Groot and Erik Sulman of MD Anderson Cancer Center) is beginning to look at rational drug combinations that could work against GBM, and is concurrently developing a number of new preclinical testing tools that will continue to aid future drug testing.

The session concluded with presentations and discussion on two new areas of interest, for potential future incorporation into Defeat GBM: immunotherapy and a game-changing, global adaptive-style clinical trial.

Dr. Tiffany Hodges, a fellow in the lab of Dr. Amy Heimberger – a leader in brain tumor immunotherapy research – at MD Anderson Cancer Center, provided information on a “scorecard” approach that could help researchers prioritize which immunotherapies and approaches might be ripe for testing in GBM. Tim Cloughesy of UCLA discussed how an adaptive-style clinical trial is needed to realize the research coming out of Defeat GBM and other efforts, as they are biomarker driven and aimed at getting the right drug to the right patient. Importantly, the learning from this style of trial would feed back into, and inform, the rest of the Defeat GBM cores.

In 2013, NBTS gave out the first two grants as part of Oligodendroglioma Research Fund to Drs. Anders Persson of UCSF and Drs. David Louis and Mario Suva of Massachusetts General Hospital. These funded research projects are coming to an end, and Drs. Persson and Suva provided updates on what they have found so far that could ultimately benefit oligo patients.

Dr. Persson revealed that the grant he received from the Oligodendroglioma Research Fund allowed his lab to grow from an “embryo to a full-blown research laboratory.” His lab’s goal has been to figure out the origin of oligo tumors, and how the origin might affect treatment decisions. His team has already published three papers based on the work he has done with his oligo grant, and is preparing for three more. More importantly, his team has been able to create better models of oligo tumors that more accurately reflect the tumor in a human, which will be critical to future efforts to test potential new treatments.

Dr. Suva explained how his and Dr. Louis’ work has helped provide the first, unbiased demonstration of how cancer stem cells impact the development and progression of oligodendrogliomas. By studying the evolution, genetic progression, and development of gliomas, Dr. Suva has been able to better understand possible vulnerabilities of these tumors and how to exploit them with new treatment approaches.

Following the Persson and Louis/Suva grants, we issued a third grant from the Oligodendroglioma Research Fund in 2014 to Drs. Robert Jenkins and Daniel Lachance of the Mayo Clinic. At the Summit, Dr. Jenkins also presented his early findings, including how his work studying the natural progression and lineage of oligodendrogliomas is helping to better classify low-grade gliomas.

With that, we announced a new Request for Applications (RFA) for the next round of grant funding from the Oligodendroglioma Research Fund. Up until January 15th, 2016 we will accept grant proposals from researchers to engage in the discovery, development, characterization and/or validation of new, or refinement of existing, biomarkers for oligodendroglioma.

Finally, Dr. Susan Chang of UCSF presented on an emerging effort being established by the Dabbiere family, UCSF, and seven other institutions to eradicate low-grade gliomas called “Loglio.” Loglio has a goal of immediate impact through focused efforts of a collaborative group of low-grade glioma experts working in teams. Dr. Chang discussed how there is great synergy between Loglio and NBTS’ oligo efforts, saying that Loglio would “leverage current projects and expertise of investigators, while adding new researchers and projects” to the fight against low-grade glioma, including oligodendrogliomas.

Our final session of the day focused on the state of the field of metabolic therapy and the opportunities for exploration and investment, including as potentially NBTS’ next Community Research Fund.

Robert Strausberg, PhD, Ludwig Institute for Cancer Research, opened the session by explaining that tumor metabolism was once a big area of interest in cancer therapy development, but that the field lost interest in the past decade. However, Dr. Strausberg noted that just in the past couple of years, metabolic therapies are receiving renewed interest as more and more studies indicate how genetics and our environment conspire to cause cancer.

During this session, presentations were given by a range of speakers including Chandri Navarro (NBTS Board of Directors member), Dr. Que Collins (a cancer immunologist and cancer widower), Dr. Jen Helfer (Associate Director of Scientific Operations, NBTS) as well as leading researchers in the field, including Drs. Adrienne Scheck (Barrow Neurological Institute), Jaishri Blakeley (Johns Hopkins School of Medicine), and Paul Mischel (Ludwig Institute for Cancer Research, UCSD). These presentations highlighted several studies showing how changes to cancer cell metabolism can fuel tumor growth and resistance to treatment as well as how possible lifestyle changes that are currently being studied could aid therapeutic response.

Dr. Strausberg then summed up the session, and whole meeting, perfectly by concluding: “We’ve heard all day about how cells and cell signals collaborate to form cancer. And just as they do, we must – in the cancer research word – collaborate and team up to overcome this disease.”

You can see our summit photos in the gallery below: 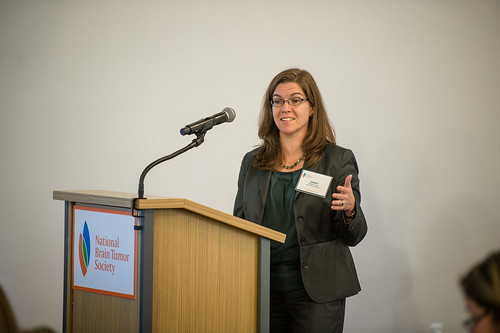 Don’t miss this amazing virtual show of internationally acclaimed artist, Mike Massé, performing some of the best classic rock songs of all time: the Beatles, Simon & Garfunkel, U2, Elton John, and many more!

Don’t miss this amazing virtual show of internationally acclaimed artist, Mike Massé, performing some of the best classic rock songs of all time: the Beatles, Simon & Garfunkel, U2, Elton John, and many more!